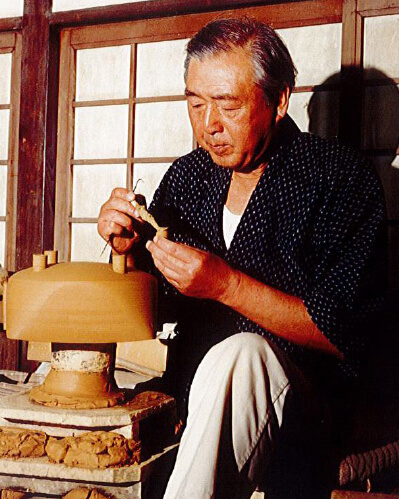 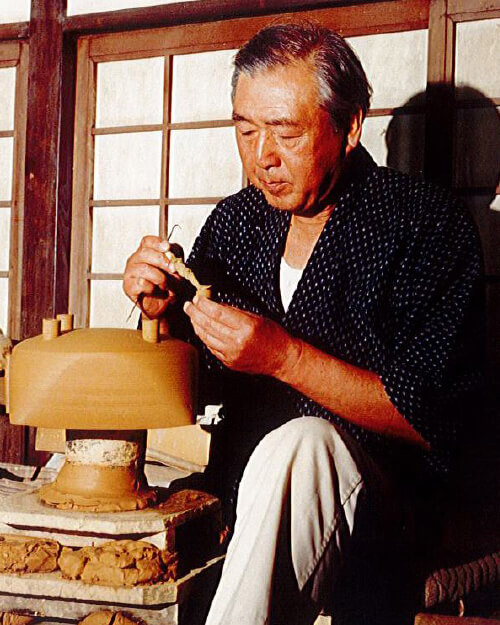 Born in 1931, Miraku XIV excelled at all kinds of tea pottery making. In order to raise the status of Takatori ware to the level of the most prestigious ceramic traditions in Japan, he continually showcased his works both in and outside Japan, winning awards repeatedly at various art and craft exhibitions. (Classically, the three highest ranked schools have been 1. Raku-yaki, 2. Hagi-yaki, and 3. Karatsu-yaki.)
In 1977, he was designated the first “Holder of Intangible Cultural Asset in Art and Craft” by the Fukuoka City government. Then in 1988, he was awarded an “International Art and Culture Prize” (Japan Culture Promoting Association); in 1991, he won a “Fukuoka Prefecture Skilled Person of Merit Prize”; and in 2001, he was awarded a “Yellow Ribbon Medal” (Government of Japan).
His style, which tended to the kind of orderly forms favored by Enshu, exudes an air of relaxation and serenity. 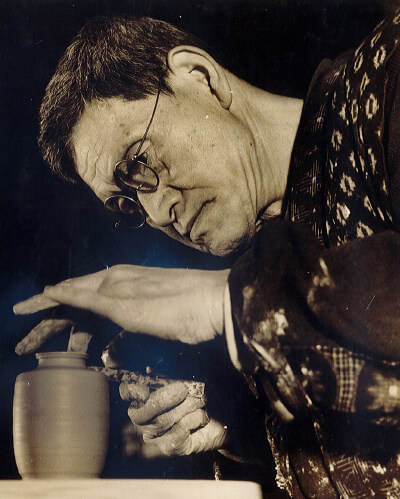 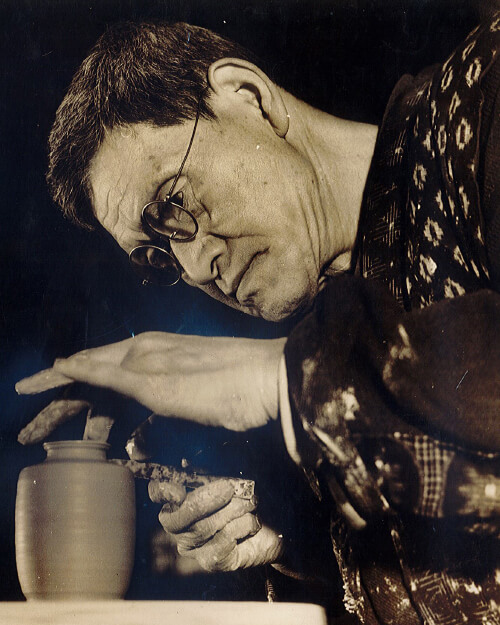 Born in 1883, his real name was Yataro Kamei.
In 1903, after changing his family name to Kamei, he assumed the leadership of the Kamei Miraku Kiln. For a long time, he worked as a member of the Fukuoka City Assembly and other non-pottery related positions, but with the encouragement of Iwai Sorin of Omote Senke (tea ceremony school), he decided to devote himself completely to tea ceramics.
He was a highly regarded craftsman who worked exhaustively to revitalize the Takatori ware tradition. In 1944, he was recognized by the Ministry of Agriculture and Commerce as a “Conservator of Art.” His works have a unique elegance lacking in the slightest hint of artificiality, as if they were cut directly from nature. It is a style of tenderness and tranquility.